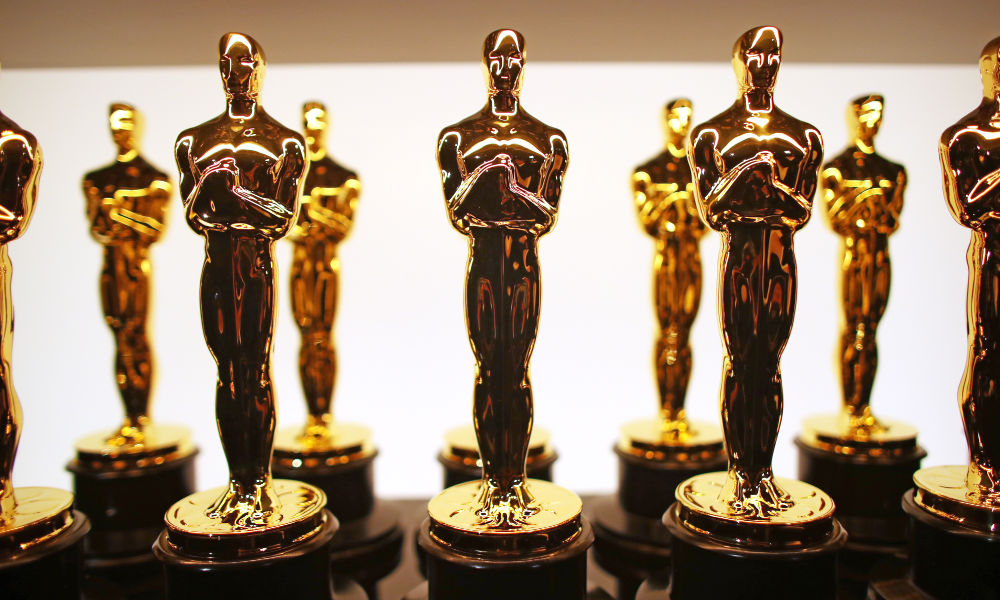 If you weren’t glued to the Oscars Sunday night  by now you’ve seen the memes and the YouTube clips. #oscarmistake #envelopegate #Oscarfail  No one was shocked when Faye Dunaway that La La Land won Best Picture. It seemed inevitable. Many unfortunates turned their TV off at that point missing the shocked Emma Stone’s “Oh my God!”

How many of us fear making a mistake in public…in front of our peers….in front of millions of people on a live broadcast? My Oscar nightmare looks almost identical, except I’m usually not wearing any pants and I wake up startled in a cold sweat.

What’s fascinating about that Oscar moment, isn’t about who won or who didn’t win or why Warren Beatty had the wrong envelope. What rivets us is seeing how the situation unfolds and how brilliant leadership takes over in those moments.

In our “La La Land – Best Picture” reality, we get a glimpse of who Jordan Horowitz is “…there’s a lot of love in this room. Let’s use it to create and champion bold and diverse work….”  Little did  we know we’d see even more proof of his character.

How would you handle that Oscar moment?

You may not be heading to the Oscars (or maybe you are…), but we all have those “Oscar moments.”  Whether it’s a project who’s launch date keeps pushing or a dreaded conversation with a friend or family member, everyone’s in the hot seat at one point or another.

So what do you do when you don’t have Jimmy Kimmel to lighten the mood for you?

Here are some tips on navigating even the murkiest waters as a powerful leader:

Be accountable. In the midst of the surreal chaos and the mysterious man with the headset trying to set things straight, Jordan Horowitz grabs the mic. “I’m sorry. There’s a mistake. Moonlight, you guys won Best Picture.”  He then clarifies it for all of us: “This is not a joke. Moonlight has won Best Picture.”  Finally, he shows us the proof. Cut to a close up of the previously missing envelope:  “Moonlight. Best Picture.”

Owning the mistake as it occurs without blame or rhetoric allows the chaos to subside.  Decisions can be made.  Next steps can be taken. Understanding the whys later may help improve the process later.  When you’re in the thick of it, it’s time to own it and be accountable for what’s next.

Be transparent.  At this point everyone is wondering what happened and starting to make up their own stories.  Before the misinformation train can leave the station, Warren Beatty sets us straight. “I want to tell you what happened. I opened the envelope and it said Emma Stone, La La Land. That’s why I took such a long look at you.”

Taking that moment to give us a peek behind what happened takes vulnerability.  Rather than brushing what happened under the table, Warren lets us in on his reality. He bridges the gap between his perspective and our perspective of what happened. Almost effortlessly we’re all on the same page.

Be humble. As the mistake gets fixed Jordan Horowitz warmly states “I’m gonna be really proud to hand this to my friends at Moonlight.” In giving away the award, he didn’t gave away his power.  He shared his power with Moonlight and the power grew.

So often we operate under the myth that people have power over us or we have power over them.  It’s the knowledge that our power comes from within and that we all have it, that allows for humility and true power to exist.

And for extra credit, have a sense of humor about the situation, even just within ourselves.  We may not be as funny as Jimmy Kimmel.  The timing might not be right to make light of the situation.  However, it never hurts to take ourselves less seriously. The Oscars scenario shows us that everyone stands to win when a tricky situation is handled with accountability, transparency and humility, and we don’t even need to blame Steve Harvey.

To learn more about how Emotional Intelligence coaching and trainings could benefit you and your organization, click here.